The habits I still have after 6 years living in France

I love to get up on a Monday and get things done. You know, weekly

planning, organising and banking. It’s the fresh start to the week and I like to feel

accomplished. So, it’s frankly frustrating when I rock up to the bank raring to go

and the shutters are down. And it’s not frustrating because the bank takes the

whole of Monday off to make up for the 4 hours they work on Saturday. I mean, I’m

not totally heartless. No, I’m frustrated with myself. I’ve been living here in France

closed shutters to remind me that many businesses close on a Monday. Or they

only open Monday afternoon. And you know what, you’re just gonna have to go and

see which one does what. C’est l'aventure! (And also, I need to up my organisation

I was somewhere the other day with someone - listen, my brain has gone to mulch

after learning French just before turning 40, a pregnancy and lockdown. It’s a

miracle I still remember my own name. Lucky for me it’s French. Ha!

Anybref, I was approaching my car and I went to open the door when the person I

get very far from there. I had gone to the passenger side because my inner English

driver just felt at home on that side. I do this a lot...especially when I’m running late

so I’ll run to the passenger’s side, realise my mistake, swear whilst continuing my

run around the car to the driver’s side. I imagine my neighbours watching and

a string of French swear words? No? (Is it because The Matrix original was so

amazing and the following 2 were so disappointing? I know what you mean). Well

anyway, here’s what he said,

You can go and google translate that. Actually, I just did and it doesn’t do it justice. (But you can enjoy it here).

But still, the point is that as good as this is nothing beats the work Fuck. It’s a verb,

a noun, an adjective and so much more. When my husband wants to take the piss

the phrase, ‘For fuck’s sake!’. I fall about laughing because he’s funny but also it’s

good impression….because it’s true. I say it often when I get frustrated, you know

when the bank is closed. It’s just so satisfying! Putain just doesn’t do it for me. Plus

English swear words go in every available place in a sentence. In French, they seem

to just get tacked on the end. Like an afterthought, putain. See? Nope.

Ok, so long story short I stopped drinking cow’s milk when I was 25. Blah Blah acne,

candida I’ll write about it another time. What that meant was that when I moved to

that Paris is the same. #justsaying) Being in the countryside is half the problem

because the bigger cities have Starbucks and so soy, oat, almond options.

Quick story, I was in Switzerland on a yoga retreat and whilst getting coffee I asked

if they had any other milk option apart from dairy. My yoga teacher just looked at

me and said, ‘Did you notice all the cows, Karen?’ Yeah yeah, I know ALL the cows

and rural France is the same. This means I now make a wicked soy cappuccino at

home with froth and everything and it’s my little daily joy. Also, I save some euros -

dinner like a pauper’, and I remember that line whenever I decide to make myself

warm cinnamon flavoured porridge in the evening. It’s also a hangover from my

was it. Now, there are kids who need, you know, a balanced meal or else don’t want

porridge for dinner. Weirdos. But sometimes I may come in late and Mr French has

porridge making and relish the comfort food that reminds me of being a kid. Yum!

(Also, I have gotten my youngest into porridge and he lapped it up as a baby. Even

super simple. Voila! Porridge to the rescue. It’s the best.

Christmas in France: birthdays, vegetarians and finding meaning.
My skin Journey with Acne

I hope you enjoyed the article. 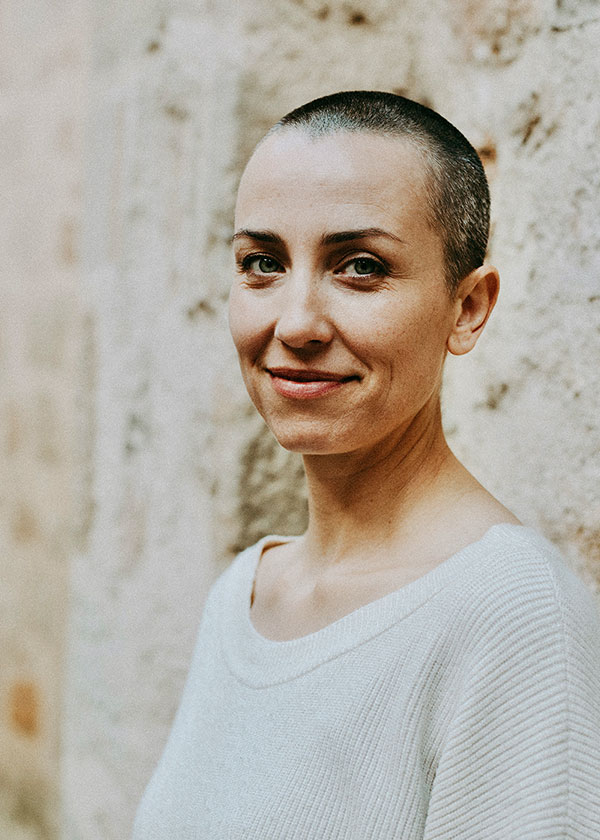 In 2014, I packed up my life in London and moved to rural France, oh, and I didn’t speak French. Fun! I’d met my husband-to-be on Facebook (I know, crazy!) and since he had a young son he wasn’t going to up-sticks and come to the big smoke. So, I took the leap and found myself in the countryside. With the cows. Oh la vache!
‍
I spent a good few years learning French like a toddler aka listening A LOT and trying to piece together the complicated minefield that is the French language. (Now I know why toddler’s sleep so much. Brain. Working. Non. Stop.) I get by ok now with the lingo but I still remember how my limited French made me feel disconnected, invisible and unable to share my humour and personality.
‍
I have navigated pregnancy and the birth of my son here, being a step-mum, making friends and finding work. I’ve struggled with the enormous changes that came with moving here, enjoyed the more seasonal way of life, laughed a lot (my husband even made me laugh the day after my Dad died), cried with frustration at my inability to control my life and even understand how l'administration francaise works. I’ve made great friends but struggled to really feel a part of a community. I’ve been lonely, isolated and that wasn’t helped with bouts of mental health issues (post-partum anyone?).
‍
I’m a yoga practising, marmite eating, Kale growing (Yes, Kale has a capital K because it is King), Erykah Badu loving Londoner who is an actress, deep tissue masseuse and healthy eating advocate after a chronic health issue in my early 20’s.
‍
KarenFrenchinFrance is where I talk about all these things and more: my life in France, my discoveries about myself and the French and what it’s like living in France. I started the podcast I am French in 2020 to talk with other non-Frenchies about life in France. Check it out here!

Get in touchCheck out the podcast

Thank you! Your submission has been received!
Oops! Something went wrong while submitting the form.